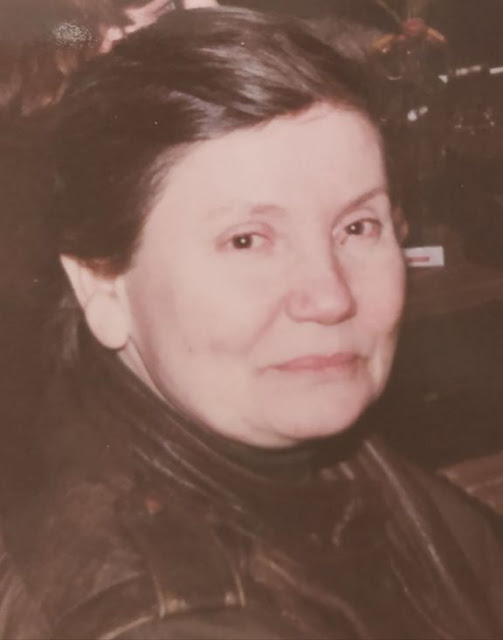 One of the most prominent pedagogical figures of the Bosnia and Herzegovina and former Yugoslav guitar scene, the eminent guitar teacher Prof. Mila Rakanović passed away in Sarajevo on January 26th, 2020

Prof. Mila began her classical guitar studies with professor Stanko Prek from Ljubljana.  She then continued her education with Costas Cotsiolis in Greece and Angelo Gilardino in Italy.  But through it all, the focus of her studies was always   guitar pedagogy and the popularization of classical guitar.

She worked as a professor at the Music High School in Sarajevo from the 1970’s to the end of the 1990’s.  During that time, a number of brilliant and promising young guitarists emerged from her class.

Through Prof. Mila’s guidance and tutelage, her students won the most significant accolades and competitions in the former Yugoslavia and abroad. After their education with her in Sarajevo, many of them continued their studies at prestigious academies of music throughout the world, becoming excellent artists and educators.  Amoung these great students include Denis Omerović,  Belma Tuzović, Vojislav Ivanović, Zoran Krajišnik, Predrag Stanković, Denis Azabagić, Đani Šehu, Sašenko Prolić, Aleksandra Toman, Almer Imamović  and many others.

In addition to teaching, Mila Rakanović was extremely active as the founder and artistic director of the Sarajevo Guitar Orchestra “Collegium Artisticum”, composed of students from her class performing in Bosnia and Herzegovina,  throughout former Yugoslavia and Europe totaling 1600 concerts.

This 50 piece guitar orchestra performed in venues such as Centre Pompidou in Paris, Nobel Hall in Stockholm, Queen Alexandra House in London and recorded  television and audio performances for the Bosnian Nation Radio and Television Station, RTBiH.

During the siege of Sarajevo from 1992-1996 by Serbian nationalists, Prof. Mila Rakanović was very active as a teacher giving lessons to her students in basements during the bombing of the town. She went through sniper fire to visit her students throughout the city. Prof. Mila was very supportive of her students and never gave up her dedication to the classical guitar, teaching and her immense love for music even during the most difficult time in Bosnian history.

As a composer, she wrote and performed music for a book called “Guitar, You Send Calm to the Universe”  featuring poems by Bosnian poet and journalist Mirsada Bećirović. The book was released in 1999 and was published in English and Bosnian.

Prof. Mila Rakanović was twice awarded the most prestigious “The Sixth of April Prize” from the City of Sarajevo, for “significant achievements in the field of pedagogical work and upbringing of young generations".

In 2019, “The Mila Rakanovic Award” was established at the Sarajevo International Guitar Festival.

Contemporaries remember Mila Rakanović as a professor of relentless enthusiasm and dedication. She did not spare herself in working with students, often staying in the classroom on weekends or until deep into the night. She knew how to get the best out of a guitarist, and was rightly regarded as the “Mother of the Sarajevo Guitar School". She is irreplaceable and will be greatly missed. 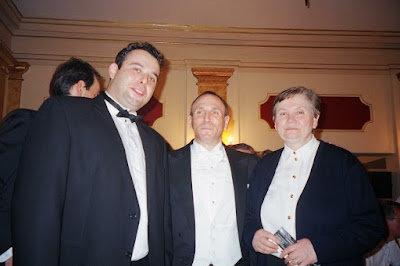 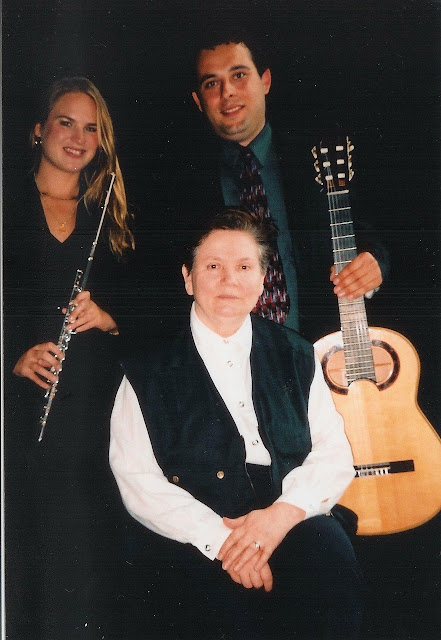 Posted by AlmaNova Duo-The Art of Flute and Guitar at 6:41 PM No comments: