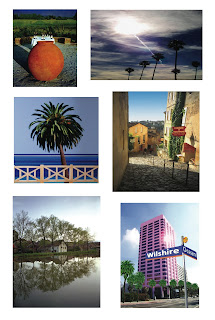 Posted by AlmaNova Duo-The Art of Flute and Guitar at 1:15 PM No comments: 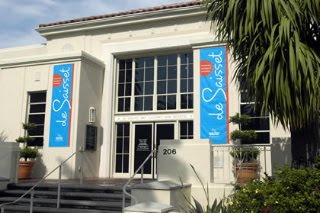 Please join us for a very special performance of our 'Balkan' repertoire this Saturday at the De Saisset Museum on the Santa Clara University campus. Our performance will conclude the 4th Annual Bosnian-Herzegovinian-American Academy Meeting. This is a free performance that is open to the general public!!! Please join us!

FREE and open to the public!!
Posted by AlmaNova Duo-The Art of Flute and Guitar at 1:11 PM No comments:

Posted by AlmaNova Duo-The Art of Flute and Guitar at 7:12 PM No comments:

Jessica Pierce was an average American girl, no more interested in becoming a flutist than any other girl, probably. So, how she ended up a graduate of the Ecole Normale de Musique de Paris, married to and touring with a Bosnian guitarist she met by accident and with whom she will perform as the Alma Nova duo in the Nov. 7 installment of Classics at the Merc is something of a tale.

Even Pierce's decision to take up the flute when she joined her middle school band was an accident. She just liked the instrument. A supportive family and quality teachers helped.

"I was lucky to have very good teachers," Pierce said.

It was not until she was in college that she decided on a career as a musician, however. Her flute teacher was French and recommended the Ecole Normale de Musique, which fit well with her studies in French as a college student, as well as her interest in the flute.

Not that she was otherwise prepared for what followed.

Without knowing exactly what she would do to set up a life in France beyond a friend of a family friend who could offer a place to live for a couple of weeks, Pierce headed for Paris.

"It's something I don't think I would do now," she says today, a repatriated San Diego resident and holder of master's and doctorate degrees from USC.

On the other hand, the presence of her husband, Almer Imamovic is anything but accidental, even if their relationship was. They were introduced by a mutual friend on the Ecole Normal de Musique campus on a day when neither had a class ---- they had no classes together in any case ---- and were at the school on other business.

Almer Imamovic was a student of the classical guitar who came to music through a route no less serendipitous than Pierce's. As a 7-year-old, he had an opportunity to take up the accordion, a very popular instrument in his native Sarajevo.

His mother talked him into the guitar instead.

"My mother said the guitar was cooler," Imamovic said.

By 10 years of age he had put together a rock-and-roll garage band that occasionally did gigs, mostly for free, but sometimes paid. They played larger and larger festivals as they got better and better. That the band played rock is not as odd as it may seem.

"Bosnia was the center of rock," Imamovic said.

Unfortunately, that guitar was at home when the Bosnian war broke out and he was in high school and could not get home. For four years he could not practice classical guitar and was on the verge of giving it up when he finished high school.

Those four years are considered essential time in the development of young guitarists, a time when muscles are easily trained, when information is easily absorbed. His family thought his future lay in electrical engineering anyway. But, in one year of four-hour-a-day practices, he recovered his skill on the classical guitar.

At the end of that year, he auditioned for the Ecole Normal de Musique and won a full scholarship to the renowned school, where he studied all four of the major classical guitar styles.

When they graduated, Pierce and Imamovic headed in different directions, he to England to focus on the English style of classical guitar and she to San Diego where she enrolled at USC to finish her musical education.

When Imamovic finished his studies in England, he joined Pierce in California and they began performing together.

And Imamovic began composing in yet another serendipitous turn of events. One day he did a bit of improvisational composition during a performance and afterward was approached to write it down and to compose more. To make a long story short, he did and today is published around the world.

His compositions are drawn from the folk tunes of his native land. Some of them will be incorporated into this weekend's performance at the Merc, along with classical works by Beethoven contemporary Giuliani, by one of the few composers who wrote for flute and guitar, Astor Piazolla, and numbers from their CDs.

Their first recording, 'Debut', is of works by Imamovic.

Classics at the Merc

By CHARLES HAND - For The Californian North County Times - Californian
Posted by AlmaNova Duo-The Art of Flute and Guitar at 9:27 PM No comments: