In the Land of Blood and Honey LA Premiere 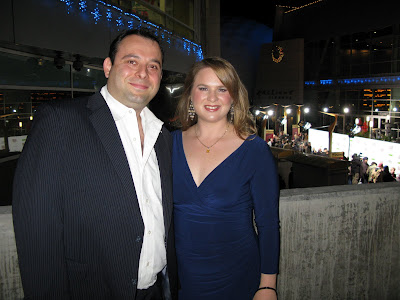 Wow, what a night!

We were completely honored to be guests at the LA Premiere of Angelina Jolie's film, "In the Land of Blood and Honey". It's been four days, and the movie is still with us. It is a beautiful film that accurately depicts the people, the culture, the heartbreak and the struggles during the war in Bosnia. Angelina treated the material with such great respect and authenticity.....it was truly a remarkable achievement for all involved. All of the actors were from the region and most of them lived through the war. The emotion on screen was palpable, genuine and real.

Of course it was also fun to hear Almer's song, "Stani Draga" on the big screen! Please watch to movie and let us know what you think!